You are here: Home / Detox / Dark Chocolate With Green Tea And Your Health 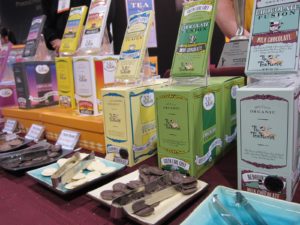 Do you love chocolate? Just the word itself sounds delicious, but it’s been known to throw a lot of people aimed at weight loss off course. Culturally, we tend to hear two extremes. Chocolate is either a guilty pleasure that goes straight to your hips or it’s the antioxidant, heart-healthy miracle we always hoped it to be. I typically avoid labeling any food “good” or “bad”, but one thing most of us will agree on with chocolate is that it can be seriously  addictive.  There are a couple reasons for this that go beyond the pleasurable taste and aroma. First, it boosts our sense of well-being with a compound that’s similar to caffeine, called theobromine. Second, chocolate is also a common dietary allergen. Both of  these factors could trigger strong cravings. Considering that, and the fact that chocolate’s acidic, it really is important to eat it only in moderation and to listen carefully to your body.

Let’s get to the fun stuff! When you do eat chocolate it’s best to avoid cheap ingredients like high fructose corn syrup, artificial colors, and flavors. They generally don’t taste as good and they’re not as good for your health. Thankfully, there is an abundance of brands and flavors to choose from these days that make quality (and ethics) a priority. 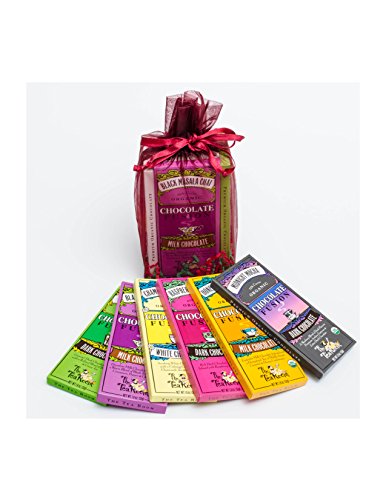 So, as a Holistic Nutritionist and Eco Expert what do I recommend for a healthier you and healthier planet? Dark, organic, fair-trade, and vegan is what I look for most, along with raw cacao too.

Some of my top picks are Nicobella Organics, Green & Black’s,Gnosis & Holeco Life, and one I discovered at Natural Products Expo West called The Tea Room. They are heavenly. As a recovered chocoholic I know a gourmet chocolate when I taste one and these flavors blew me away. Infused with teas, I found them to be exceptionally unique.

The ritual of eating and really enjoying chocolate. Whenever you eat chocolate take 3 deep breaths beforehand. When we are relaxed our metabolism works at a more optimal rate. We can also begin to dismantle patterns of emotional eating this way too. If you’re in need of some chocolate intervention I recommend doing the Avalon Cleanse. Holistic nutrition and detoxification deserve a lot of credit for helping me finally feel liberated by daily chocolate indulgences and demands. Now I can truly enjoy it here and there without going crazy or feeling guilty.

Why do some dark chocolates used to say vegan and now state they may contain milk? Here’s what Green & Black’s has posted on their website, “by definition vegan products contain no ingredients derived from animals within the recipe and this still remains true for Green & Black’s dark chocolate. However as our dark chocolate is made on the same production line as our milk chocolate there is some risk of cross contact. As a result, the desire for clearer allergen labelling now conflicts with the vegan statement and we have reluctantly decided to remove it from our labelling.”

Want to know which companies I avoid? Nestle (one of the most boycotted corporations in the world) and Hershey Chocolate (who’s been accused of child slavery on cocoa plantations). Learn more in the documentary called The Dark Side of Chocolate.