The incredible journey of Janette Murray-Wakelin and Alan Murray as they embark on a journey to run 366 consecutive marathons around Australia, in their 60’s, all on a RAW plant-based diet. This powerful and moving documentary will have you redefining the way you think about health and lifestyle choices. 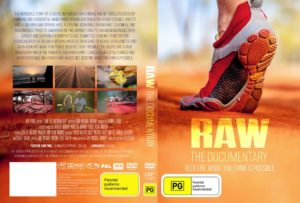 “Alan Murray and Janette Murray-Wakelin are two phenomenal human beings. They broke and set world records by running around Australia (366 consecutive marathons) during 2013 whilst in their 60’s. Most people would cringe at the idea of running one, let alone 366! And they did this after Janette beat cancer, all of this on a raw vegan diet! Janette and Alan are an incredible example of what is possible with the human body.” Jon-Michael Mooney, director of RAW – the Documentary